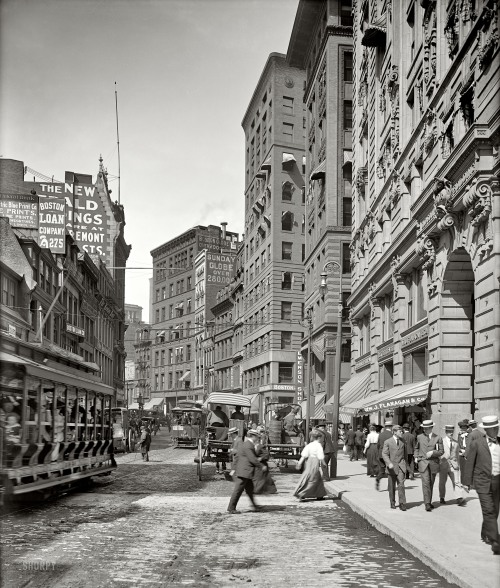 Bria Skonberg: “Won’t You Come Out And Play”

Rabbit Maranville was a 5’5″ baseball clown with a goblin face full of laugh lines. His humor was antic and visible to the fans: handing an umpire a pair of glasses or mocking slow pitchers and ponderous batters in pantomime. Photographers loved him. He would pull the bill of his cap over one ear – baseball’s oldest comic gesture – and jump into the arms of his biggest teammate. He was an after-hours roisterer, too. After a few drinks with kindred souls like banjo-playing Charlie “Jolly Cholly” Grimm, he became the hotel ledge walker, the goldfish swallower, the practical joker. Nicknamed for his speed and rabbit-like leaps, he was always a superior fielder, famous for his unique basket catch of high infield flies. Baseball Library

Maranville is credited with originating the basket catch that many years later was a Willie Mays trademark. Maranville reportedly kept his arms at his sides until the last second before letting the ball drop into his glove, about waist high.

After the 1914 World Series, he and some of his teammates on the team that was called “The Miracle Braves” did what a lot of baseball players did in those days – they formed a vaudeville act and went on tour during the winter. During a stop in Lewiston, Maine, Maranville demonstrated how he stole second base in the Series and in so doing he slid off the stage and into the orchestra pit, breaking a leg.

Despite his wacky ways, he was named manager of the Chicago Cubs for part of the 1925 season and later managed minor league teams, occasionally playing until he was nearly 50 years old. As manager of the Cubs he is best remembered for the night he went through a Pullman car, pouring water on the heads of his sleeping players, yelling “No sleeping under Maranville management.” Major Smolinski

[As Cubs manager he] had no set rules for the team except that they couldn’t go to bed before him.

[One] time he held the Cubs traveling secretary out of a hotel window by his feet. Yet another time, and as it turns out, the final incident, he ran through the train throwing the contents of a spittoon at his players. With Rabbit as manager, the Cubs finished in last place for the first time in franchise history. He was fired after eight weeks. Just One Bad Century

Rabbit’s off-field capers…became a legend, even in baseball’s rough and ready era. There was the time when the Boston police found Maranville and Jim Thorpe high in a treetop, yowling like banshees as they played Tarzan. There was the hot night in St. Louis when the Rabbit dived fully clothed into a fountain pool (though he always denied that he came gurgling to the surface with a goldfish clenched in his teeth). There was the time when he was playing in Brooklyn and staged a fake killing, complete with gunshot, that was daffy enough even by Dodger standards. And there was the time when he got news of his appointment as manager of the Chicago Cubs. “A nice way to celebrate this,” mused the Rabbit, “would be to fight a couple of Irish cops.” So he did. Time, Jan. 18, 1954

Laura Vane & The Vipertones: “Man of your Word”

Caption: “These lovely lasses work the stands for the Braves”

Via Sports Temples of Boston ~ BPL

Another one of Amy’s Tea Party friends, no doubt.

From healthcare The One turns to the Mideast

Hmm, what can we break next?

If you were the Leader of the Free World, how much damage could you do if you put your mind to it?

Quite a lot, our current president seems determined to prove.

The Times of London:
Binyamin Netanyahu humiliated after Barack Obama ‘dumped him for dinner’

Obama snubbed Netanyahu for dinner with Michelle and the girls, Israelis claim; Benjamin Netanyahu was left to stew in a White House meeting room for over an hour after President Barack Obama abruptly walked out of tense talks to have supper with his family, it emerged on Thursday.

This White House likes symbolism. After Barack Obama moved in, one of the first things his staff did was to unceremoniously remove the bronze bust of Winston Churchill that had been in the Oval Office and return it to Great Britain, thus signaling that this president no longer valued the special relationship with the UK, which had been a cornerstone of American diplomacy from the days of FDR to those of George W. Bush. And when Obama finally met with the Dalai Lama last month, the visit was kept low key, with no official welcome and no media allowed to witness the event for fear of offending China. The one picture that was released of the meeting appeared to show the president lecturing the exiled Tibetan so no one might think that a former editor of the Harvard Law Review had anything to learn from a legendary spiritual leader.

But the cold reception of the Dalai Lama now seems like a wild party compared to the way Obama received Benjamin Netanyahu at the White House this week.

The low point in the history of U.S.-Israel relations has come about not because of a housing permit but because we have a president fundamentally uninterested in retaining the robust, close relationship between the two countries that other administrations of both parties have cultivated. The Obami set out to separate the U.S. from Israel, to pressure and cajole the Jewish state, and to remake the U.S. into an eager suitor to the Muslim World. In the process, anti-Israel delegitimizing efforts have been unleashed as Israel’s enemies (and our own allies) sense that we have downgraded the relationship with the Jewish state, the Israeli public has come to distrust the administration, the American Jewish electorate is somewhere between stunned and horrified, and Israel is less secure and more isolated than ever before.

Image via the People’s Cube

Instapundit wonders if there is a method to O’s madness re Israel:

But it’s also possible — I’d say likely — that there’s something else going on. I think Obama expects Israel to strike Iran, and wants to put distance between the United States and Israel in advance of that happening. (Perhaps he even thinks that treating Israel rudely will provoke such a response, saving him the trouble of doing anything about Iran himself, and avoiding the risk that things might go wrong if he does). On the most optimistic level, maybe this whole thing is a sham, and the U.S. is really helping Israel strike Iran, with this as distraction. The question for readers is which of these — not necessarily mutually exclusive — explanations is most plausible. 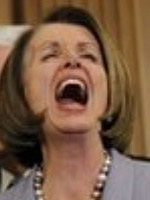 This long has been one of the Jury Box’ favorite Great War propaganda posters.

Kong here could be a modern-day Tea Partier, no?

A CBS News survey finds that 62 percent of Americans (among them 41 percent of Democrats) support GOP congressional efforts to challenge the healthcare bill. To judge from the recent coverage by CBS News and other media outlets, apparently this means two in three Americans are racist astroturfing knuckledragging brownshirts.

The Jury Box does find it interesting that in the bad old days of the Bush Administration, whenever an actual front group like International ANSWER staged an “anti-war” rally, the media tended to focus not on the foaming anarchists with the “Bushitler is a War Criminal” signs (or worse), but on the odd mild-mannered librarian from Peoria who had boarded a bus for Washington to take part in her first peace rally. Dissent is patriotism, right?

Now though, to go by the news reports, you would think someone like Amy Kane, when not blogging or recording School Committee minutes in her New Hampshire town, is receiving marching orders from the shadowy cabal that controls right-wing militia groups.

The current threats (assuming they are real, as I assume some of them are) are being played up in the press because the Democrats want to dampen the anger that has erupted over their adoption of a government medicine program through a series of legislative maneuvers that are in some respects unprecedented. It is important for the Democrats and their press minions to understand that there are many millions of Americans who regard Obamacare not just as misguided public policy, but as an illegitimate usurpation of power. I am one of the many millions who are outraged at the Left’s attempt to destroy the private health care system that has served my family so well, and who regard Obamacare as illegitimate.

In large part, the current focus on threats of violence is aimed at the tea partiers, just as they were accused, apparently falsely, of racism. It is not hard to understand the Democrats’ motives; the tea parties are the most vital force, and likely the most popular force, in American politics, so smearing them is mandatory. But anyone who has attended a tea party rally will consider laughable the idea that the movement somehow tends toward violence.

“Age is a case of mind over matter. If you don’t mind, it don’t matter.”

“Ain’t no man can avoid being born average, but there ain’t no man got to be common.”

“How old would you be if you didn’t know how old you were?”

“I don’t generally like running. I believe in training by rising gently up and down from the bench.”

“I never rush myself. See, they can’t start the game without me.”

“I never threw an illegal pitch. The trouble is, once in a while I toss one that ain’t never been seen by this generation.”

“Just take the ball and throw it where you want to. Throw strikes. Home plate don’t move.”

“My feet ain’t got nothing to do with my nickname, but when folks get it in their heads that a feller’s got big feet, soon the feet start looking big.”