Only one of these is proven harmful to children 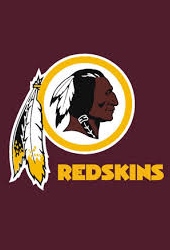 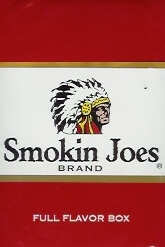 The Oneida Indian Nation reaps millions of dollars a year from the cigarettes it makes and sells. “We tried poverty for 200 years. We decided to try something different,” says Ray Halbritter, CEO of the Oneida corporation that also owns a resort casino and five golf courses and has struck a deal with Gov. Andrew Cuomo that would give it a monopoly on casino gambling across a swath of central New York State.

The Oneida cigarette-and-gambling conglomerate has launched a media campaign to force the Washington Redskins to change their name. Some see this as a bid by the Oneidas’ CEO to increase his national visibility as a spokesman for American Indian causes, at a time the tribe’s bid for a gambling monopoly in upstate New York has led them to be sued by other Native Americans.

Their campaign to force a name change on the NFL team has included commissioning a psychologist’s study that maintains the word “Redskin” is harmful to children.

Meantime, the casino Oneidas hope to stake their tribe’s economic future on encouraging people to gamble and smoke cigarettes.

Lung cancer is the leading cause of cancer deaths among American Indians.

One wonders: If the Oneidas are so opposed to playing football in helmets decorated with a picture of an Indian, why don’t they have a problem with making and selling cancer sticks in little packages decorated the same way?

This entry was posted in Uncategorized. Bookmark the permalink.